In January 2018 I won this interesting cast bronze trivet on Live Auctioneers. There was no history or provenance provided; simply the measurements and several images.

Reverse: unsigned. I can’t identify a definite casting mark. There’s a small, pinpoint circular opening opening that communicates with the center of the compass design (on the front). The three feet are tapered and square. 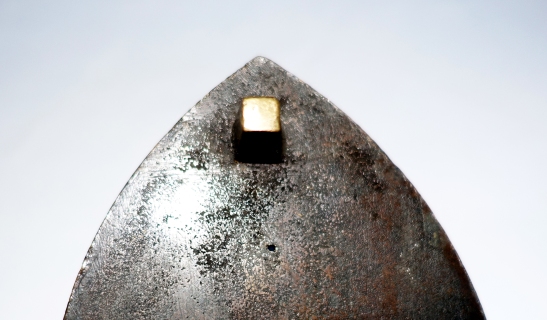 Of interest are two notes that provide a basis for researching this trivet. The first note was originally taped to the back of the trivet but removed for the auction photos. “John Henry – 1807. In 1807 a man named John Henry, commercil (sic) traveler from Montreal, appeared in New England. he was reseived (sic) by The Federalists and carried back with him a packet of papers.”

Some additional information was scribbled on a second small sheet of paper. “John A. Henry ~ Enlisted in Capt. Mathew Smith’s company of riflemen at the beginning of the Revolution and took part in Arnold’s expedition to Canada in 1775, where he was taken prisoner and confined for nine months. L. Henry, Mason in Montreal, Canada (AJH) Apprentice.” 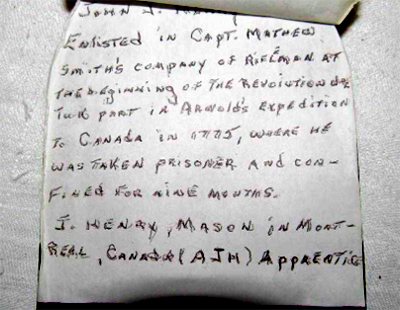 I’m still researching this trivet’s history and attempting to determine its age. If you’re familiar with it or have any information on J. Henry of Montreal, please reply in the comment section below. Thank you in advance for your help!

This entry was posted on October 31, 2018 by Lynn Rosack in Antique Trivets & Stands, Souvenir or Commemorative and tagged John Henry, Montreal.

★ On the Home page, click Older Posts to populate all posts back to 2008. ★ In most cases, images will enlarge if clicked on.