Johanna Maria Lind was born in 1820 in Stockholm, Sweden. Her gift for singing was discovered at the age of nine, leading to vocal and drama training at the Royal Theatre School in Stockholm. She began performing with the Swedish Royal Opera in her teens and was recognized for her beautiful soprano voice, exceptional in both its range and volume.

After becoming renown first in Sweden and then throughout Europe, the famous entrepreneur P.T. Barnum persuaded her to come to America for a grand concert tour. From 1850 to 1852 America was gripped with what they then called “Lindomania” or “Jenny Rage”, not in small part to Barnum’s shrewd publicity tactics in promoting the “Swedish Nightingale”. 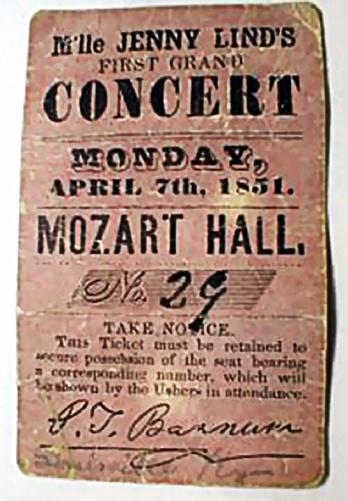 Similar enthusiastic welcomes were repeated at each of the 93 cities along her American tour. After New York, concerts were performed in Boston, Philadelphia, Baltimore, Washington, Richmond, Charleston, Havana and Mantanzas, New Orleans, Natchez, Memphis, St, Louis, Nashville, Louisville, Cincinnati, Wheeling, and Pittsburg. The final two stops were return engagements in Philadelphia and Baltimore.

It was while in Boston that Jenny Lind married her German piano accompanist, Otto Goldschmidt. They completed the tour and returned to England where she entered into semi-retirement, serving as a Professor of Singing at the Royal College of Music and giving occasional performances for charitable causes. She died in England in 1887 and is buried in the Great Malvern Cemetery in Malvern, Worcestershire. 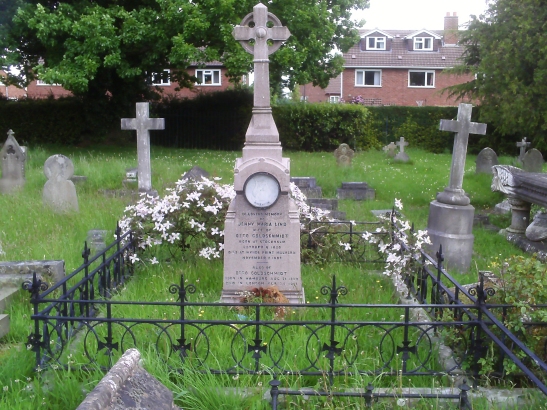 Trivets were both beautiful and practical souvenirs of Jenny Lind’s visit to America. The earliest examples were cast during and immediately after her tour in the 1850s. Other trivets followed through the years, with a resurgence in interest around the time of her death in the late 1880s. The Jenny Lind trivet was reproduced once again in the 1950s by JZH.

A display of the various Jenny Lind trivet designs.

As you can see, Jenny Lind trivets are a favorite of mine. I have a core collection of each of the designs I’ve identified. Along the way I’ve had opportunities to upgrade to the best representation of each design. The pleasure and privilege of upgrading

The two basic designs found in Jenny Lind trivets are:

● The Jenny Lind Portrait Trivet. Whether square or round, it features the head and neck of Jenny Lind. My favorite version was created and signed in 1852 by a young Jeremiah Dwyer, who went on to become one of the most distinguished citizens and businessmen of Detroit. It was the world’s largest stove

● The Goddess Euterpe. In this version a goddess is playing the harp with JENNY LIND in raised lettering on the front. This category includes early versions of the design as well as reproductions made in the 1950s.

It appears that most of the earlier Jenny castings were used for their original purpose: as ironing stands. Look for evidence of wear to the high points of the top surface where an iron would rest.

Also, be sure to inspect any Jenny Lind trivet for cracks. The neck area of the Jenny Lind Portrait trivet is thinner and was especially vulnerable to heat cracks from a hot iron. Sometimes a stress crack might be only partial thickness, which can be difficult to see; be sure to tilt the trivet at an angle for best visualization. Checking a trivet for age and damage.

Stay tuned for my next blog post, where I’ll share a Gallery of the various Jenny Lind trivets. In the meantime, you might want to find a copy of this vintage paperback as a go-with to your trivet collection! “The Nightingale Trivet” mystery