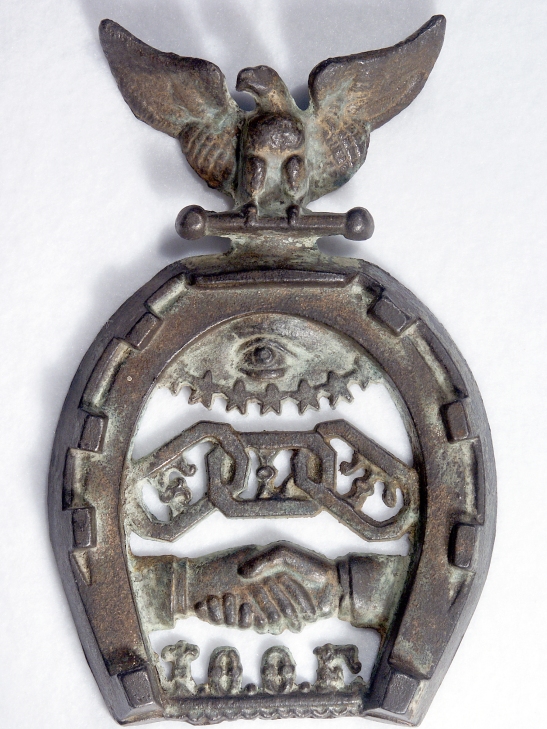 As I was browsing a list of eBay auctions last year I almost overlooked a rare horseshoe plaque trivet. At first glance it appeared to be the more common IOOF FLT version as shown above. (FLT is short for Friendship, Love & Truth, an Odd Fellows slogan.)

The only reason I gave this trivet a second look was because it was listed as “brass”.  Then the lettering along the bottom bar caught my eye: GUOOF. A quick Google search revealed that was an acronym for Grand United Order of Odd Fellows. 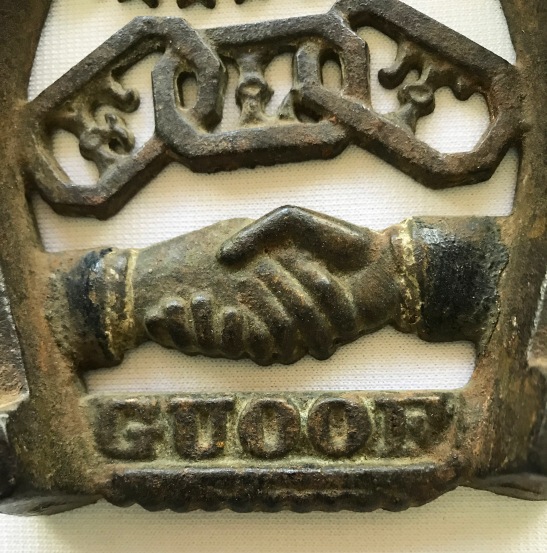 I won this eBay auction. When I received the trivet and checked it with a magnet, I found it was actually cast iron with a worn, gold wash and some light rust on the reverse. Today it remains in the condition I received it because I haven’t wanted to scrub or oven “season” it and risk losing the gold wash or the original dark paint on the jacket sleeves. It measures 6 1/2″ long x 4 1/4″ wide and weighs 15 5/8 ounces. It is unsigned on the reverse, without feet. 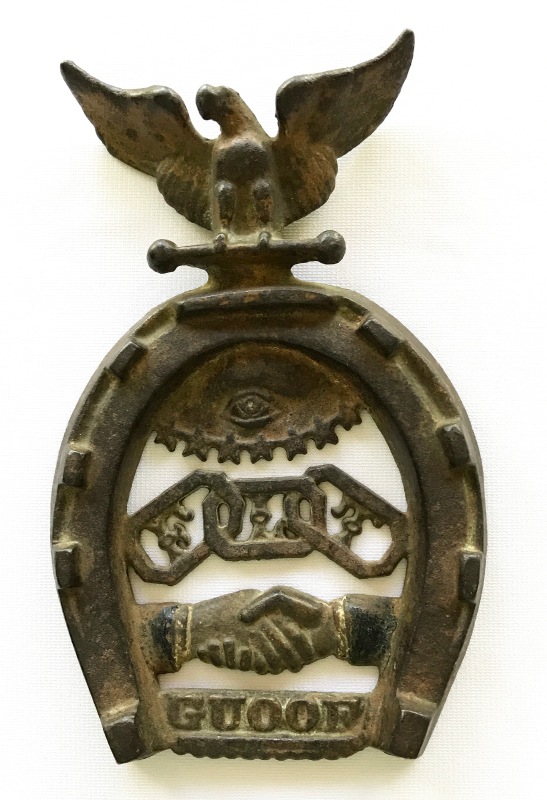 The history of the GUOOF and IOOF in England and America is quite complicated and I’m still attempting to fully understand it. Odd Fellows fraternal orders were first established in England in the late 17th – early 18th century after the demise of the medieval guilds which, until then, had protected the working classes in the case of illness or injury.

A recent reprint of the book “The Official History and Manual of the Grand United Order of Odd Fellows in America: A Chronological Treatise” by Charles H. Brooks (1902) is available on Amazon. The following quote appears on page 11. (Note: the use of the term “Colored” was in common usage in 1902 when this was written.)

Before leaving this subject the author right here desires to correct a very erroneous impression with respect to the separation of the Independent Order from the Grand United Order. It has been so often asserted that the White Odd Fellows of America in 1843 absolved their allegiance and affiliation with the White Odd Fellows of England because the latter granted a Dispensation to open a Colored Lodge in New York City, until it is generally believed; but such was not the case.

The Independent Order In America was chartered by the Independent Order, Manchester Unity, England, and was therefore not a part of the Grand United Order. Thirty years before the first Colored Lodge was established, the I. O. Manchester Unity seceded from the Order which authorized the establishment of Colored Lodges in this country. By a singular coincidence the White Lodges in America declared their independence of the Manchester Unity the very same year that the first Colored Lodge was established. This fact may have given credence to the error into which many of us have been led.

The GUOOF of England issued the dispensation for the creation of the first American lodge, established in 1843 as the Philomathean Lodge, No. 646 in New York City. That lodge was exclusively for African-Americans. 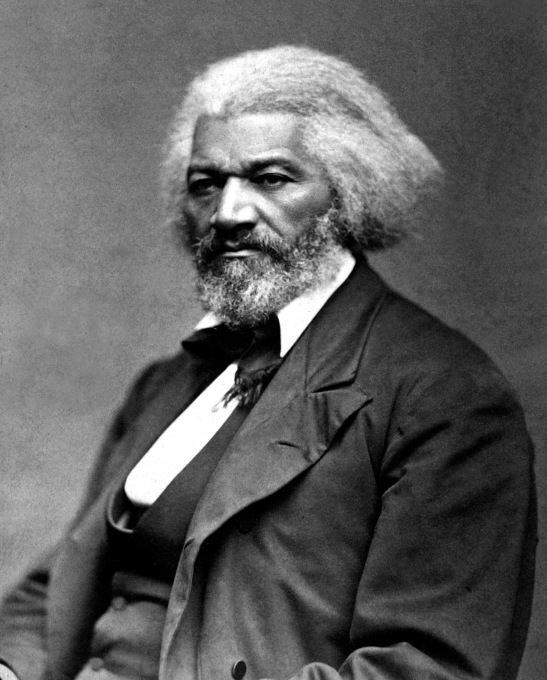 The portrait above is of Frederick Douglass (1818-1895), a famous American GUOOF member, circa 1879. Attribution: George Kendall Warren (Public domain).

The The Grand United Order of Odd Fellows of America remains active today. Their website provides additional information about their history and activities.

I decided to carefully clean and polish this trivet, aiming to protect and preserve the remaining gold wash and black enamel on the jacket sleeves. Normal cast iron restoration methods that include heat (seasoning) can remove a delicate finish like this. For those reasons I was cautious. I carefully washed and dried it, applied a light coat of Crisbee Cream, then polished it gently with a soft cloth. Here is how it now appears.

While polishing, I noticed the pronounced gate marks and thought you’d like to see them. Horseshoe plaque trivets were cast through the ends. Note the two gate marks, one on each end of the horseshoe. 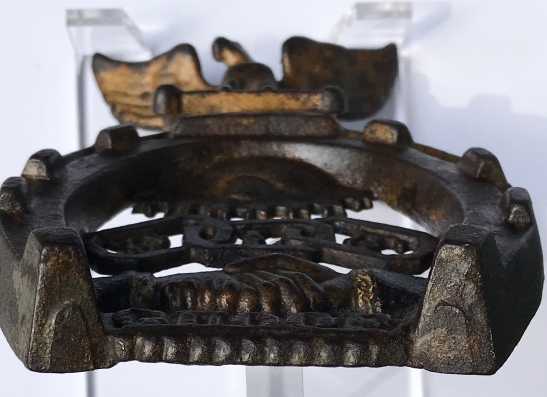